I am a Bzz Agent and was lucky enough to get invited to the Fage campaign.  I received free coupons to try Fage plain  yogurt.

At first I was skeptical about the plain yogurt. I never have liked it. There were several things, though that quickly won me over to the Fage brand.

They have only a few ingredients in their yogurt. The 0% fat plain Fage has Grade A pasturized skim milk, live active yogurt cultures and lists the five cultures. That's it.

It is a very thick yogurt, which is another thing that I liked. It doesn't include thickeners, so it is true Greek yogurt and not Greek Style yogurt.

Because I don't like plain, I put in raspberry preserves that I really like. I like that I can control the amount I put into my yogurt. Even with the individual cups of Fage, you can control the amount of sweeteners. They put the extra stuff on the side not on the bottom. So, if you didn't want to put it all in, you wouldn't have to.

I also love seasonal tastes. This weekend I opened a can of pumpkin pie filling and put some of that in the yogurt which was quite tasty. For my tastes I added some sugar, I like it a tad sweeter.

This yogurt is so thick I think it will be a great stand in for sour cream. I'm looking forward to making a dip out of this later this week.
Posted by Kim (Randominities) at 4:59 PM No comments: 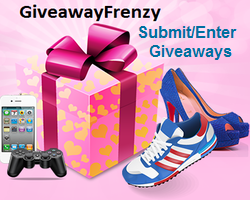 Lucky Ladybug on the Go

Heck of a Bunch

A Nation of Moms

Being Frugal & Making it Work

2 of a kind working on a full house

Life is a Sand Castle

yes I have a coupon